I was yesterday attending a special session of GSV Bootcamp, where one of the guests was Roger Love. I had not heard about him before, but it turns out that he is the most famous voice coach with decades of experience coaching Tony Robbins, Reese Witherspoon, Selena Gomez, Gwen Stefani and currently helping Brad Pitt for an upcoming film.

For example, would you say "Yes" in any of the following situations recently:

According to Roger, most likely it's about the voice you use. And the good news is that it can be changed by vocal exercises. He has developed even vocal warmup exercises, which people are using. Like in sports, people do warmups, there are also vocal warmups.

And this makes sense. I remember when back in the days I was in choir, we always started with some warmups at the beginning of the session.

So, when Aristotle, the father of rhetoric, focused on:

He was actually missing out on one crucial ingredient: training the sounds of your voice to deliver all that.  So, more important than merely word-based communication is sound-based communication. Roger was quoting research made by Michael W. Kraus of Yale, claiming that:

When it comes to showcasing emotion and authenticity, the sounds of your voice - your tonality - is more impactful than your words. It's more influential than your body language.

Roger also pointed out that great voices don't use fillers. But how to get rid of them?

Instead of using a filler when I get a comma or a period, I'm going to inhale through my nose and be silent until I know what to say next.

Once you have got rid of the fillers, next thing is to add the melody to your voice.

He was pointing out that many people are often using their voice as a 1-song jukebox. So monotonous. Boring to nothingness. Which is worse than boring to tears, as tears are at least some emotion. The monotonous voice is completely emotionless.

According to Roger, the best way to slay away monotone is with stair-step melodies, where you are using ascending and descending voices as well.

As I like to think visually, I was thinking of waves or hilly landscapes - it's much more exciting to see that action, especially with colours, than a monocolour grey overcast sky.

So, remove your fillers by inhaling at your commas and periods, and keeping it smooth flow airflow, and add the colour to your melody by ascending and descending your voice now and then.

Roger Love shares more tips on his website (for example for 9 tips on speaking) and some videos as well.

So far I have seen online paid creative resource sites like Canva, Beautiful.AI and Envato Elements inviting you to
Aug 10, 2021
2 min read
May
08 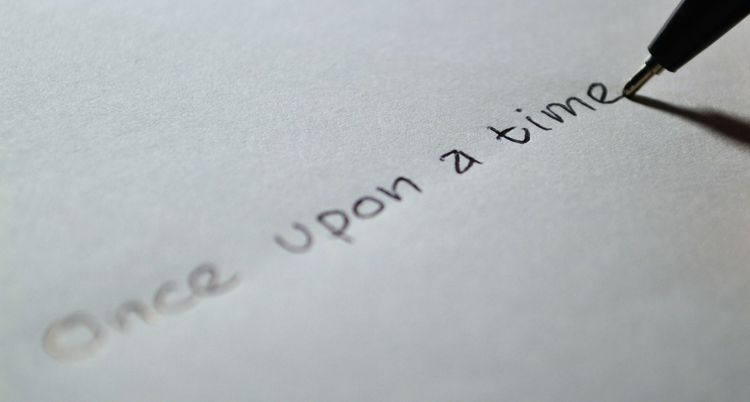 Yesterday over the dinner I was attending Chris Yeh's Zoom call on crafting startup stories, organised by Silicon Valley Forum.
May 8, 2020
3 min read